Jeweler Swarovski celebrates the release of Halo Infinite with crystal glass recreations of some of the series’ most iconic props.

Xbox teamed up with Swarovski to celebrate the series’ 20th anniversary and the release of Halo Infinite.

The world-famous jeweler and the video game giant collaborated to create the Swarovski x Halo collection with two collectible figurines based on iconic props from the sci-fi shooter, which can be viewed on the Swarovski website. The first is a crystal glass recreation of Master Chief’s helmet, complete with a gold-plated visor. The second is a miniature crystal version of the energy sword, one of the series’ most iconic weapons. As well as being stylish, the pieces also symbolize some of the series’ core themes. Swarovski states that the Halo collection serves as a “reminder of what self-discovery and imagination can do.”

Related: Halo Infinite Live-Action Trailer Drafts You as Its Next Hero

Both collectibles are part of a limited run and are unavailable for general purchase. Currently, the only way for fans to get their hands on one is by entering Swarovski’s “Campaign for a Cause” competition, wherein all proceeds will go to the Gamers Outreach charity, which uses video games to bring relief to hospitalized children. Although the pieces aren’t currently available for individual purchase, the competition rules estimate their value at $2,340 each.

The Halo collection is Swarovski’s first and only game-themed range but the competition’s survey hints that the jeweler may be open to creating more in the future. One of the questions asks entrants to list the five video game franchises they’d most like to see in collectible crystal form. Another asks if they’d be interested in buying the Halo collectibles if they were made available for sale, suggesting the pieces could be made available for individual purchase.

Swarovski isn’t the only one celebrating the Halo series in 2021. On Nov. 15, Microsoft made Halo Infinite’s free-to-play multiplayer mode available early to celebrate the series’ 20th anniversary and the upcoming release of its newest title. After being delayed for over a year due to developmental challenges, the sixth entry in the franchise, Halo Infinite, will arrive on Dec. 8 for Xbox One, Xbox Series X|S and PC.

The Swarovski x Halo competition will run from Dec. 9 to Dec. 13, and those interested in entering can do so through Swarovski’s website. 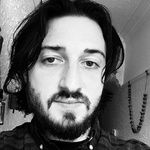 Ben is a writer from the UK who has created content for several businesses and websites. He has an unhealthy passion for The Beatles, Nintendo, and The Complete Works of William Shakespeare. When not writing, he enjoys talking Harry Potter with his daughter, dressing his twin sons up as Mario and Luigi, and saying ‘hello’ to Jason Isaacs.

How Compatible Are Orlando Bloom And Katy Perry Based On Their Zodiac Signs?

Which Hanna Character Are You, Based On Your Zodiac Sign?