Listen up, Pisces: the next chapter of your life story will be so new, so unpredicted, that it will have no antecedents 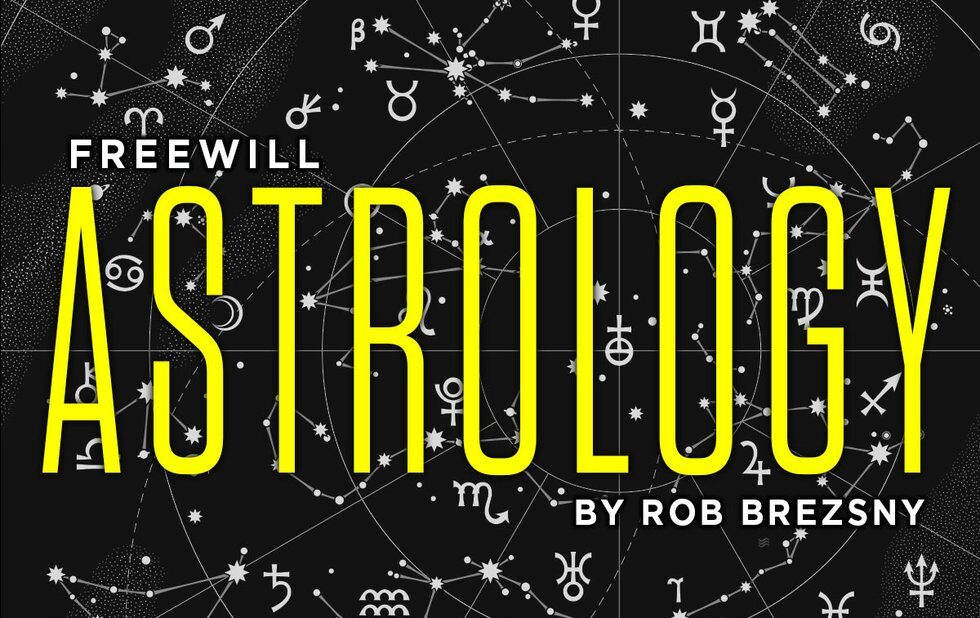 Aries filmmaker Andrei Tarkovsky (1932–1986) was experimental and innovative and influential. His imagery was often dreamlike, and his themes were metaphysical. He felt that the most crucial aspect of his creative process was his faith. If he could genuinely believe in the work he was doing, he was sure he’d succeed at even the most improbable projects. But that was a challenge for him. “There is nothing more difficult to achieve than a passionate, sincere, quiet faith,” he said. In accordance with your astrological omens during the next 12 months, Aries, I suggest you draw inspiration from his approach. Cultivating a passionate, sincere, quiet faith will be more attainable than it has ever been.

“All journeys have secret destinations of which the traveller is unaware,” said philosopher Martin Buber. How true! I would add that the traveller is wise to prepare for the challenges and opportunities of those secret destinations… and be alert for them if they appear… and treat them with welcome and respect, not resistance and avoidance. When travellers follow those protocols, they are far more likely to be delightfully surprised than disappointingly surprised. Everything I just said will apply to you in the coming weeks, Taurus.

Gemini sleight-of-hand artist Apollo Robinson may be the best and most famous pickpocket in the world. Fortunately, he uses his skill for entertainment purposes only. He doesn’t steal strangers’ money and valuables from their pockets and purses and jackets. On one occasion, while in the company of former U.S. President Jimmy Carter, he pilfered multiple items from a secret service agent assigned to protect Carter. He gave the items back, of course. It was an amusing and humbling lesson that inspired many law enforcement officials to seek him out as a consultant. I suspect that in the coming weeks, you may have comparable abilities to trick, fool, beguile and enchant. I hope you will use your superpowers exclusively to carry out good deeds and attract inviting possibilities.

Many sportswriters regard Michael Jordan as the greatest basketball player ever. He was the Most Valuable Player five times and had a higher scoring average than anyone else who has ever played. And yet he confesses, “I have missed more than 9,000 shots in my career. I have lost almost 300 games. And I have failed over and over and over again in my life.” He says the keys to his success are his familiarity with bungles and his determination to keep going despite his bungles. I invite you to meditate on Jordan’s example in the coming days.

In his poem Song Of Poplars, Leo author Aldous Huxley speaks to a stand of poplar trees. He asks them if they are an “agony of undefined desires.” Now I will pose the same question to you, Leo. Are you an agony of undefined desires? Or are you a treasury of well-defined desires? I hope it’s the latter. But if it’s not, the coming weeks will be an excellent time to fix the problem. Learning to be precise about the nature of your longings is your growing edge, your frontier. Find out more about what you want, please.

Black is your lucky colour for the foreseeable future. I invite you to delve further than ever before into its mysteries and meanings and powers. I encourage you to celebrate blackness and honour blackness and nurture blackness in every way you can imagine. For inspiration, meditate on how, in art, black is the presence of all colours. In printing, black is a colour needed to produce other colours. In mythology, blackness is the primal source of all life and possibility. In psychology, blackness symbolizes the rich unconscious core from which all vitality emerges.

In the first season of the animated TV series South Park, its two creators produced an episode called “Make Love, Not Warcraft.” The story lovingly mocked nerds and the culture of online gaming. Soon after sending his handiwork to executive producers, Libran co-creator Trey Parker decided it was a terrible show that would wreck his career. He begged for it to be withheld from broadcast. But the producers ignored his pleas. That turned out to be a lucky break. The episode ultimately won an Emmy Award and became popular with fans. I foresee the possibility of comparable events in your life, Libra. Don’t be too sure you know which of your efforts will work best.

Nobel Prize-winning Scorpio author André Gide (1869–1951) had an unusual relationship with his wife Madeline Rondeaux. Although married for 43 years, they never had sex. As long as she was alive, he never mentioned her in his extensive writings. But after she died, he wrote a book about their complex relationship. Here’s the best thing he ever said about her: “I believe it was through her that I drew the need for truthfulness and sincerity.” I’d love for you to be lit up by an influence like Madeline Rondeaux, Scorpio. I’d be excited for you to cultivate a bond with a person who will inspire your longing to be disarmingly candid and refreshingly genuine. If there are no such characters in your life, go looking for them. If there are, deepen your connection.

A fashion company called Tibi sells a silver mini dress that features thousands of sequins. It’s also available in gold. I wonder if the designers were inspired by poet Mark Doty’s line: “No such thing, the queen said, as too many sequins.” In my astrological estimation, the coming weeks will be a fun time to make this one of your mottoes. You will have a poetic licence to be flashy, shiny, bold, swanky, glittery, splashy, sparkling and extravagant. If expressing such themes in the way you dress isn’t appealing, embody more metaphorical versions.

“I have pasts inside me I did not bury properly,” writes Nigerian poet Ijeoma Umebinyuo. Isn’t that true for each of us? Don’t we all carry around painful memories as if they were still fresh and current? With a little work, we could depotentize at least some of them and consign them to a final resting place where they wouldn’t nag and sting us anymore. The good news, Capricorn, is that the coming weeks will be an excellent time to do just that: bury any pasts that you have not properly buried before now.

In February 1967, the Beatles recorded their album Sgt. Pepper’s Lonely Hearts Club Band in London. A man claiming to be Jesus Christ convinced Paul McCartney to let him weasel his way into the studio. McCartney later said that he was pretty sure it wasn’t the real Jesus. But if by some remote chance it was, he said, he didn’t want to make a big mistake. I bring this to your attention, Aquarius, because I suspect that comparable events may be brewing in your vicinity. My advice: Don’t assume you already know who your teachers and helpers are. Here’s the relevant verse from the Bible: “Do not neglect to show hospitality to strangers, for by so doing some people have entertained angels without knowing it.

According to professor of classics Anne Carson, ancient Greek author Homer “suggested we stand in time with our backs to the future, face to the past.” And why would we do that? To “search for the meaning of the present – scanning history and myth for a precedent.” I bring this to your attention, Pisces, because I think you should avoid such an approach in the coming months. In my view, the next chapter of your life story will be so new, so unpredicted, that it will have no antecedents, no precursory roots that might illuminate its plot and meaning. Your future is unprecedented.

Homework: Send your predictions for the new year – both for yourself and the world. Newsletter.Freewillastrology.com

Horoscope Today, 27 January by Astro Sundeep Kochar: Be careful about spilling out a secret, Capricorns! | News

Your horoscope for Jan 28

Pisces Zodiac Signs’ Biggest Strengths, According To An Astrologer