Jones’ men flew out of the blocks against New Zealand with Manu Tuilagi scoring after just two minutes as they went on to register a stunning 19-7 victory in Japan.

The England head coach, 71, divulged how he spiced up the preceding team meeting by visiting an old antiques shop to purchase the weapon before using it to symbolise how he wanted his team to attack New Zealand – whose people are commonly referred to as Kiwis after the bird of the same name which is native to the country.

“It was just a bit of fun, I always wanted to buy a Samurai sword. I always thought of myself as a Samurai being half Japanese, so it was a good opportunity to buy one,” said Jones, in an interview on BBC Radio 5Live.

“The shop was so small it could only fit in one at a time and he had this collection of Samurai swords, so we bought this small one.

“It was hundreds of years old, and we thought we’d have a bit of fun at the team meeting, cut up some kiwis just to create the picture of: we’re chasing New Zealand, we’re going after them.

That was not where England and Jones’ out-of-the-box thinking ended as the Red Rose caused quite a stir by opposing New Zealand’s traditional haka in a V-shape formation before kick-off, something the Australian admitted went slightly differently to how he had mapped out.

🏏Who is Eddie Jones supporting in the Ashes?

⚔️And find out why he took a samurai sword into the dressing room ahead of a match against New Zealand.

Jones explained: “I got that idea from a mate of mine in Australia – David Pembroke (Jones’ strategic advisor).

“I gave it to Owen [Farrell] and said, look you run with it because I’ve been on the opposite side when I played New Zealand as a player and I remember a coach coming in and saying, ‘when they do the haka, I want you to stand six inches in front of the opposite player.’

“Players will only do things that are right for them, so I said, ‘Owen, you take it.’ We were going to do a half circle and unfortunately Joe Marler isn’t a great listener, so it ended up in a V.

“It was all about trying to get the crowd on side because the Japanese particularly love the All Blacks and as soon as the haka gets played, it’s almost like this whole spell comes over the ground and everyone is entranced so we wanted the crowd to have something else to think about.”

England’s ferocious display certainly gave all those at the Yokohama International Stadium plenty to deliberate after handing double reigning champions the All Blacks their first defeat at a World Cup in 12 years.

Jones has had a rollercoaster spell in charge at Twickenham since taking over from Stuart Lancaster after the disappointing 2015 home World Cup where England exited at the group stage.

Jones’ England lost the 2019 World Cup final to South Africa, but he has steered them to three Guinness Six Nations titles as well as two fifth-place finishes, most recently in 2021.

Several of Jones’ big hitters toured South Africa with the British & Irish Lions over the summer where they suffered a 2-1 series defeat, while the England coach took the opportunity to blood a number of new stars, including Marcus Smith and Freddie Steward, in big wins over the USA and Canada.

Jones’ ‘New England’ repaid his faith alongside some of the returning Lions in the Autumn Nations Series as they went unbeaten, racking up wins over Tonga and Australia before exacting some revenge over the Springboks to round off the year in style.

“We had a period of reasonable success without winning the World Cup and you do tend to get a bit complacent, so we’ve got that fire back.

“We’ve got these young guys coming through like the Stewards, the [Raffi] Quirkes, the [Bevan] Rodds and the Marcus Smiths – all guys at the start of their careers, so it’s a really exciting time for the team, but every day is a new day and everyday you’ve got to try to get a little bit better.” 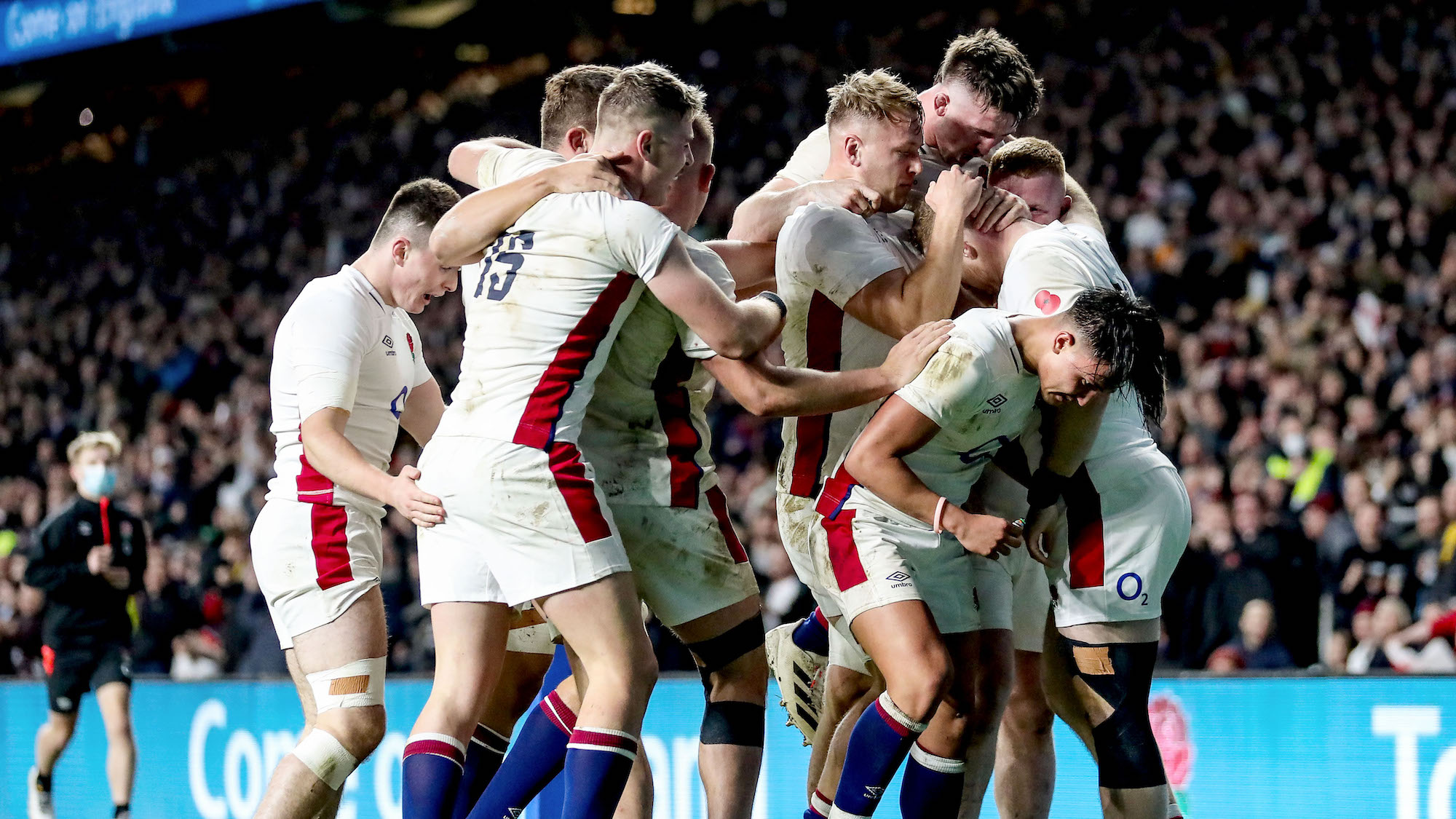 During the Autumn Nations Series, Jones made headlines when stressing the need for stars like fly-half Smith to stay grounded amid the distractions that come from outside the game as you ascend into the public sphere.

“I think it’s difficult for young players because they do believe what the media says,” added Jones.

“The media always wants to paint someone as being better than they are or worse than they are, because that creates the headlines.

“All we’re trying to do with the players is always keep them on even keel and keep them good at what they first came into the sport, which is playing the game.”

‘What Do I Want From This Crazy Thing Called Life?’

Study reveals how to break symmetry in colloidal crystals

Check predictions for all zodiac signs this Friday