The issue with comparing ourselves to Cartoon Network characters by our horoscope is that, unfortunately, we grow up and no later relate to our former role models. Eventually, we need the gritty cynics and adult animation to take over our personalities. And lo, have the stars aligned because it is time to find out which horoscope fits which iconic Adult Swim character.

Is it blasphemous to compare iconic Adult Swim characters to Horoscopes? Maybe? But who cares! When it’s this late at night, anything goes more or less. The kids have gone to sleep and it’s time for the adults to enjoy the airwaves.

The most fearless of them all, Robot Chicken will stand against any threat in front of them. Literally, there’s a whole special where they kill the entire cast of Robot Chicken to get to their girlfriend. This is a poultry one does not want to get in the way of. That being said, Aires are as stubborn as they come. Don’t get your feather riled up too much watching bad sketches in Season 10, Aires.

Taurus are two things beyond all else: stubborn and lazy. Both of which describe Summer from Rick and Morty. Taurus’ are not going to put up with anyone’s nonsense, much less their families.

RELATED: Rick & Morty: 10 Familiar Voices Behind The Characters (& Where You Know Them From)

They’re going to lay it out as it is even if they have to burn a few bridges along the way (and even if it ends up coming back to haunt them). At least they can be depended upon in an intergalactic fight… more or less.

Gemini has no lack of “strong” personality. They are witty and intelligent and hold only one goal in mind: to have as much fun destroying other people’s lives as possible. They’re easily bored and tend to be extremely insensitive to other people’s feelings.

Cancers are often introverts, with the most understanding and generosity of them all. Toonami is off on his own in space, sending us Japanese anime across the galaxy to our television screens. Is there anything more lonely than that? It takes someone who cares deeply to host that week after week, and maybe someone who also needs to talk to someone about their anime addiction and self-isolation.

While a natural leader, Leo is not always the best leader. Being vain and narcissistic is in their nature and will often drag meatballs and fries on the worst of their adventures. Their naivety and stupidity rarely serve them well. But hey, at least Leos out there can bask in the knowledge that they are very confident about their decisions. They might not always be the right decision. But they are very, very, very, confident in them nonetheless.

A Virgo is practical, calm, and level-headed like Rick Sanchez. When it comes to listening to Morty or yourself, you will always, always choose your superior intelligence and logic reasoning skills.

RELATED: Rick & Morty: 10 Questions That Were Answered In Season 5

Often, Virgos set unrealistic goals that ultimately destroy the lives of friends and family. So yes, Virgo, it’s time to start going with the flow more and less being self-destructive. How many seasons of this same routine are we at?

Oh Libra, how they are such a Jerry. Diplomatic, yes. Balanced and pleasant, certainly. Unable to make any decision because they keep trying to reconcile the many sociopaths in their family and are often a pushover, with no question. Libra’s are the kind of people whose entire life could be run at the minimum effort by an AI Computer. But hey, maybe if they could make a decision about things more promptly that wouldn’t be the case.

Scorpios are often the most cynical of the bunch. They do not easily trust others. Often, they would cite this as having a realistic and practical view of the world. I mean, for a 10-year-old to have a more nuanced examination of the black experience then most people do point towards that direction. Maybe the pessimism will wear off with age?

Harvey Birdman, like Sagittarius, is too optimistic to be fearful about the results of a pending trial. With a super-super-super laid-back personality, any Hanna Barbara character needing legal representation is safe to trust in them. However, it’s easy for Sagittarius to get distracted when another problem arises. All in good intentions sure, but not good when you got a case to defend. Maybe Birdgirl will do better in her upcoming spinoff.

The hardest working and most motivated of all, Capricorns will find most in common with the killer swordsman Samurai Jack. Whatever the challenges, Capricorns are always at it day in and day out to defeat the ancient evil known as Aku. Maybe in that super light-hearted fifth season, he’ll win the battle?

That being said, Capricorn’s obsessive nature can be a real pain sometimes. Like, we’re on a date. Quit talking about defeating Aku and kiss me already you sexy samurai man.

Aquarius is the coldest and most introspective of the signs. Like a caveman, they are unpredictable and wild. They will easily put up their own in a fight and aren’t willing to protect the dinosaur they somehow have gained a close bond with. Aquarius might not talk much, but the smooth and artful animation more than makes up for that. And like… there’s dinosaurs… we’re still talking about horoscopes, right?

Pisces is the epidemy of the Toonami block on Saturdays. Pisces are an artistic bunch, I mean, they do spend hours drawing all those animes painstakingly. But talk about an over-emotional bunch. From one moment they’re attracted to food in Food Wars and the next they’re sobbing over Attack on Titan, like calm down. It’s just anime.

NEXT: Adult Swim at 20: Five Ways the Network Changed Television 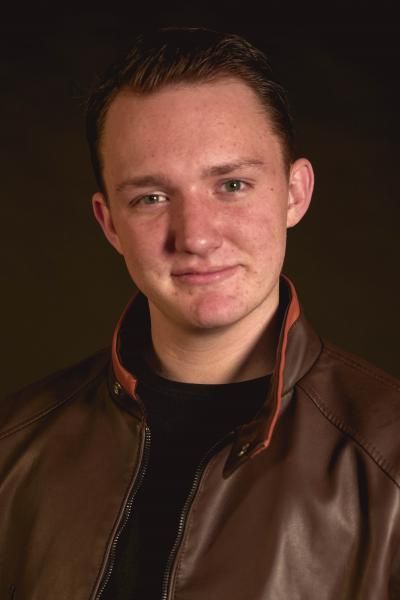 Noah Alfred Pantano is an all-around geek currently studying for a Master’s in Scriptwriting at the University of Essex. He is also a graduate of Ithaca College’s Communications Management and Design program with minors in Theatre and Business Administration. In his free time, you will see him cosplaying as spiderman or working on his latest script. He is thrilled to be working for CBR to use his expansive geeky knowledge for your entertainment. It also must be noted he’s a chaotic neutral and should be approached with caution.

3 Zodiac Signs Who Will Have A Great Week Starting December 6, 2021

Today is going to shine the fate of these zodiac signs, here’s your horoscope

Deck The Halls! These Zodiac Signs Will Have The Best Holiday Season

Zodiac Signs Least Likely To Cheat: These 3 Are Loyal AF

Zodiac Signs Most Likely To Watch ‘Succession’ On HBO Max